Evaluation of concentration using a CASA system: the 2 key mistakes to avoid

Mistake no. 1: Improper use of consumables: slides and cover slips

a. Spermatozoa have the reflex of swimming against oncoming current in their surrounding fluid, which is referred to as rheotaxis behavior: in a natural environment, it enables them to reach the fertilization site.

c. Since it is very difficult to standardize the liquid and cover slip placing process, the analysis of sperm concentration and motility will depend on the potentially significant variations in placing techniques.

placing the cover slip and

the impact on the distribution of spermatozoa.

2. Clarification: in order to calculate concentration levels, the results from a CASA (Computer Assisted Sperm Analyser) system are based on the following mathematical formula: C= n/V

number of cells in the fields the technician asked it to analyze.

To determine V, the CASA system is based on the following formula: Volume = width x length x depth. The width and length are determined when calibrating the CASA unit, using a micrometric slide.

To calculate the depth value, the technician must enter the height of the chamber of the pre-calibrated slide (usually 20 µm – for Leja slides, the average value for a lot is specified on their inspection certificate).

For the slide/cover slip combo technique, the depth is approximate and highly dependent on the sample volume placed, the viscosity of the liquid, the cover slip placing method and the time elapsing between preparation of the slide and the actual analysis. 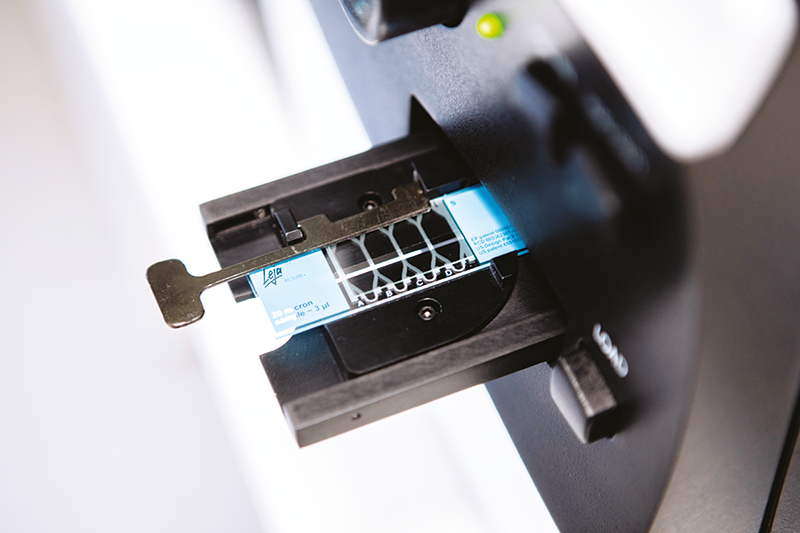 Given that the values measured with the CASA system are essential for calculating the number of doses to be produced, it is crucial to use a pre-calibrated cover slip for CASA analyses. This is the reason why IMV takes the greatest care when manufacturing Leja cover slips, thereby ensuring optimum quality and a precise assessment of the number of doses that are going to be produced.