Don’t Panic! Things you don’t need to worry about when receiving chilled semen!

I couldn’t see many sperm cells when I looked at the semen under the microscope. 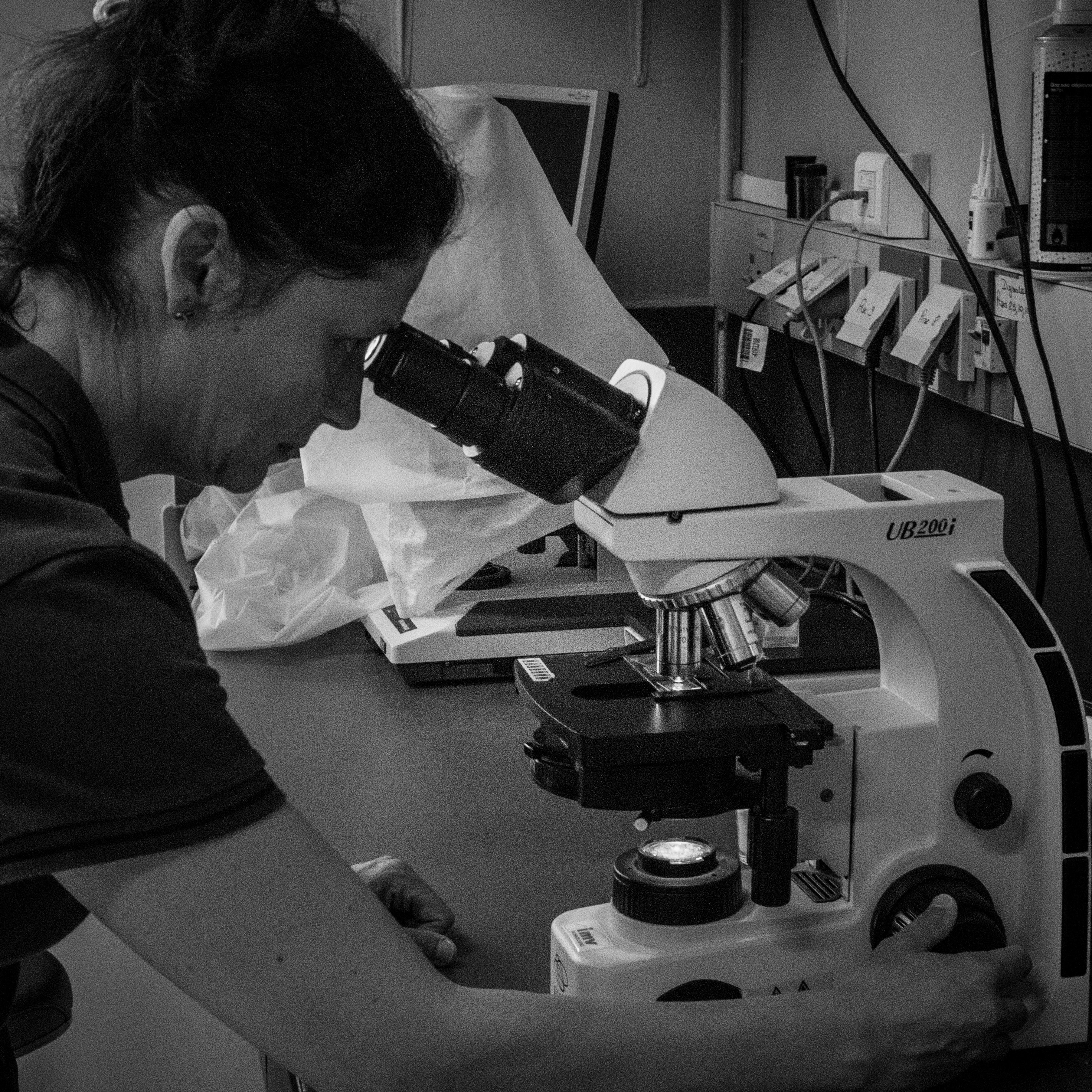 When putting a cover slip onto a drop of semen on a microscope slide, you can never be sure what thickness the layer of semen will be. Because the amount of semen you are looking at is therefore never uniform, it is not possible to make subjective judgements about the overall number of sperm cells that you have been sent.

A more concentrated sample is not necessarily a better one, especially when looking at a chilled semen sample. Chilled semen is often prepared by technicians who have not received adequate training, and as such the sample is often “under extended” (has not diluted enough during processing), and will appear more concentrated. Refer to the paperwork that came with the semen shipment.

There was sediment at the bottom of the syringe/tube – all the sperm cells must have died! 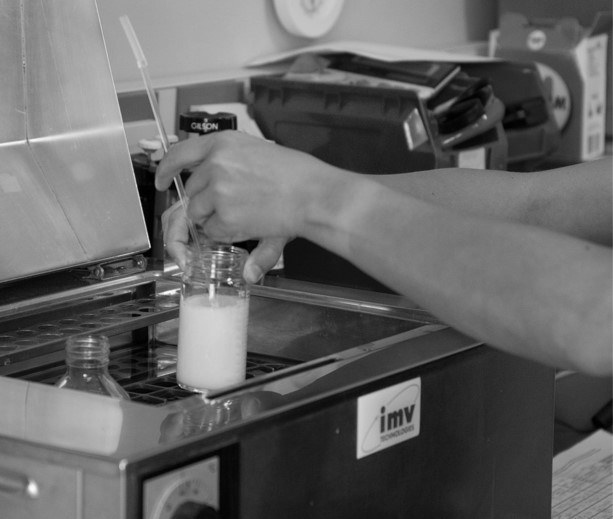 When sperm cells are transported at 5°C, they are only metabolising at 10-12% of their usual rate. This means that they will remain viable for long enough to be shipped. It also means that they not “swimming” much, if at all, and so are likely to fall towards the bottom of the syringe or tube, and settle there. It does not mean that the cells have died. There will inevitably be a certain number of cells that die during transit, but you can check the die-off rate by making an estimate of the percentage of the sperm cells that are progressively motile under the microscope and compare that figure to the initial progressive motility that is shown on the accompanying paprerwork.

Simply invert the syringe/tube a few times before insemination to ensure that the semen dose is properly mixed.

We were only sent a very small volume of semen – there won’t be enough to get the mare pregnant! 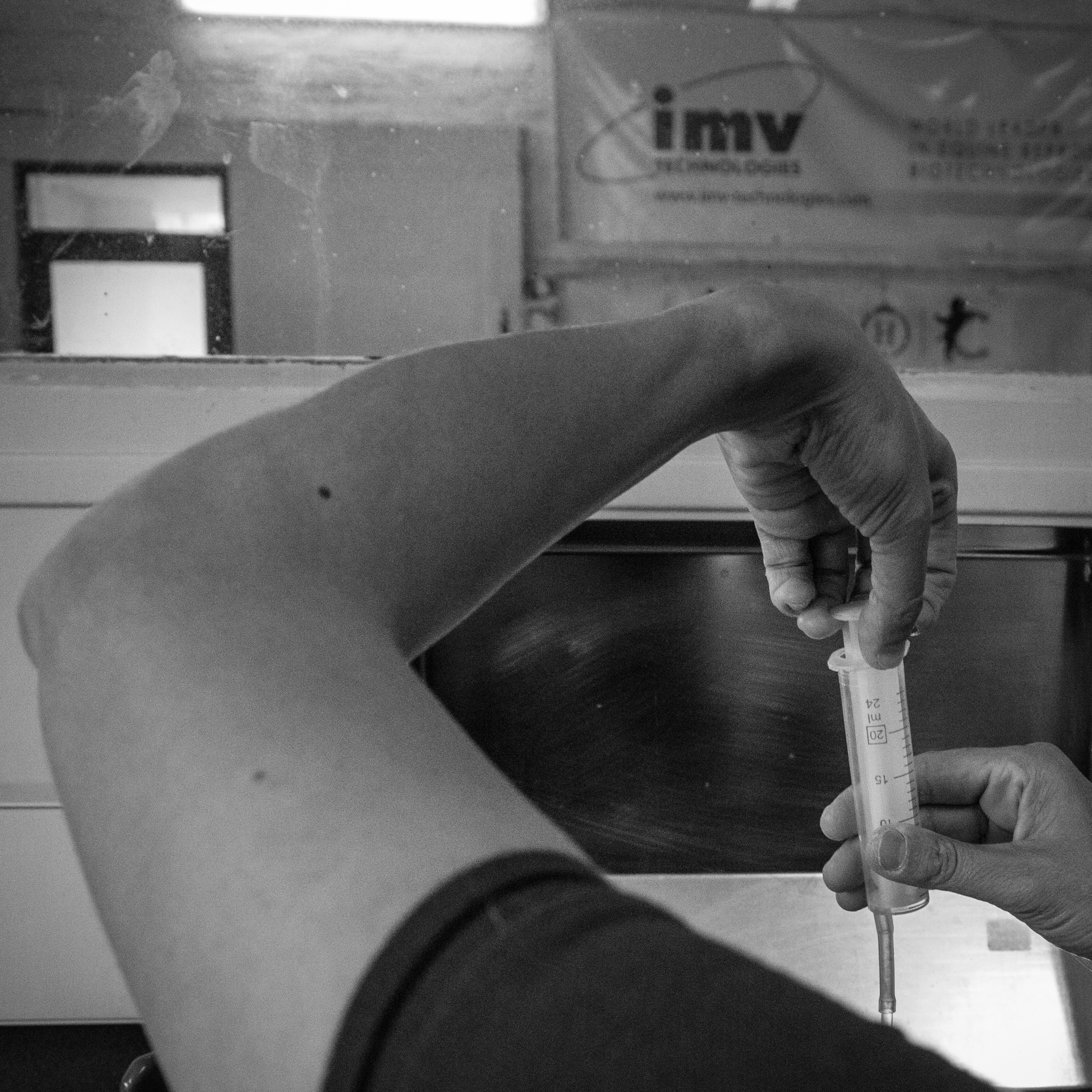 The semen dose should be provided with paperwork describing how it has been extended – these data, together with your estimate of progressive motility on arrival, should tell you whether or not you have enough sperm cells in the dose!

As described previously, the progressive motility is important, but only relevant in combination with the concentration and volume. You should be receiving a minimum of 100 million progressive sperm cells, but preferably 250-500 million to achieve optimal pregnancy rates.

You should carry out the following calculation to see if you have been sent enough sperm cells: (Volume x Shipping concentration in millions per ml) x Progressive motility (as a decimal) = X

X should be at least 100, but preferably 250-500 or more. A sample with 10% progression can still be good enough to produce acceptable pregnancy rates…
(40 ml x 65 million sperm per ml ) x 0.1 = 260 million
(Volume x Shipping concentration in millions per ml) x Progressive motility (as a decimal)

In this example, despite the 10% progression, you still have 260 million progressive sperm cells

The semen dose looks like it has been made with an egg yolk-based extender; does that mean my mare will have a reaction to it when she is AI’d? 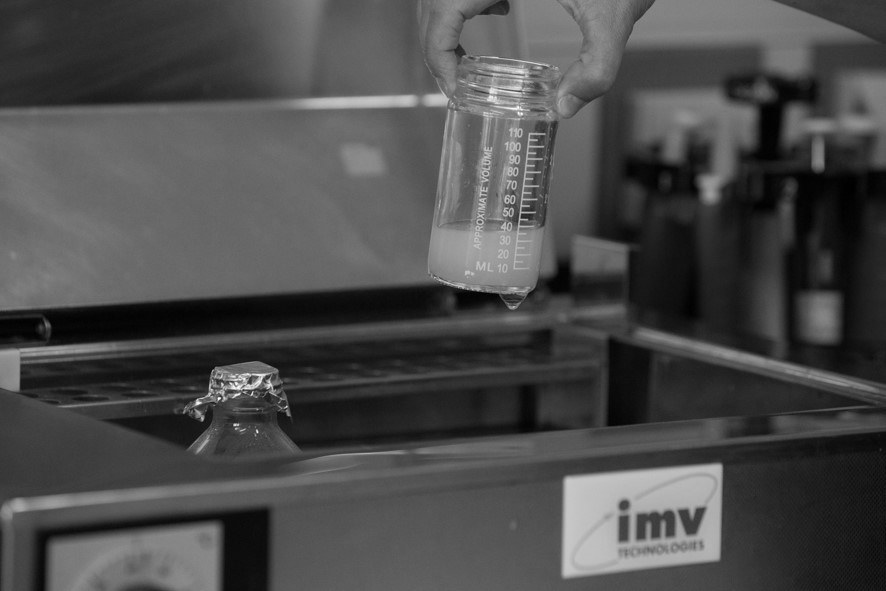 It is a misconception that the inclusion of egg yolk in extenders is a bad thing for the mare’s uterus. Research has shown that egg yolk in extenders actually reduces the inflammatory response of the mare’s uterus (Influence of different semen extenders and seminal plasma on PMN migration and on expression of IL-1β, IL-6, TNF-α and COX-2 mRNA in the equine endometrium F. Palm et al. 2008). Egg yolk inclusion is often beneficial to the survival of sperm cells, so if anything it is a good sign, rather than something to worry about! However, if egg yolk is not included and the dose is still yellow then you may need to worry about urine contamination or other problems!